Blog - Latest News
You are here: Home1 / This Trans Guy Took A Selfie Every Day For Three Years To Show How His...

“I didn’t like looking in the mirror before I started on testosterone. Now I’m happy with what I see.” Jamie Raines talked to BuzzFeed News about capturing his transition and transforming his life.

Student and YouTube star Jamie Raines, 21, was about to turn 18 when he first started taking testosterone, the hormone that helps transgender men masculinise their appearance, voice, and body. Here he is on that first day, holding the medication. 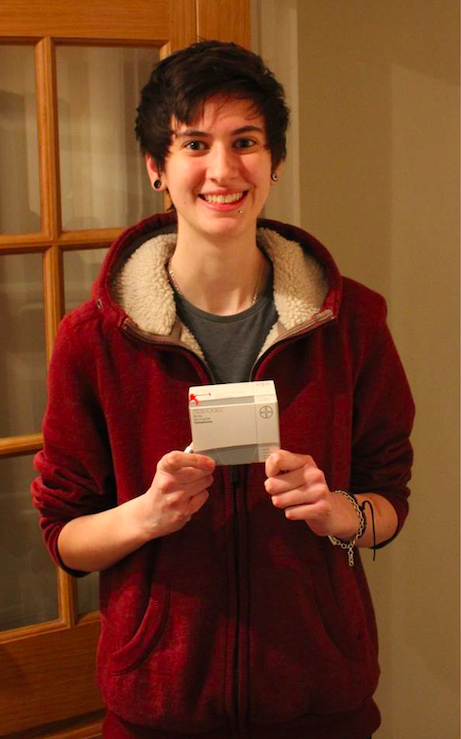 He decided to document his transition by taking a selfie every day. “I initially intended to just do it for the first year,” he told BuzzFeed News. “But then I didn’t get any facial hair in my first year.” 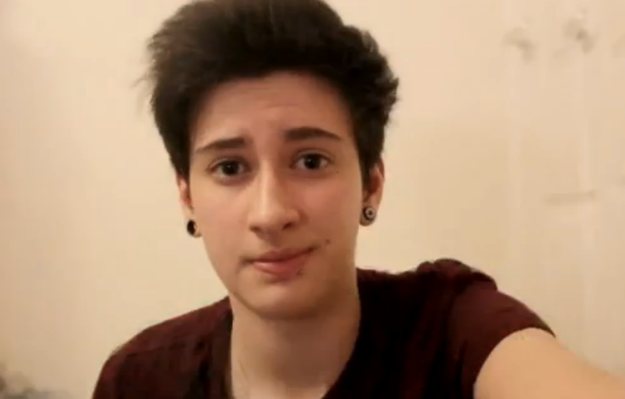 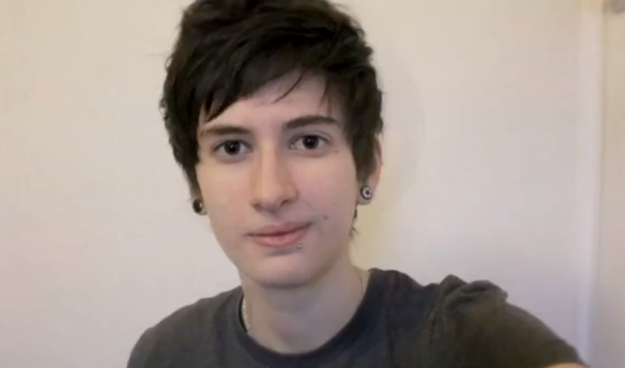 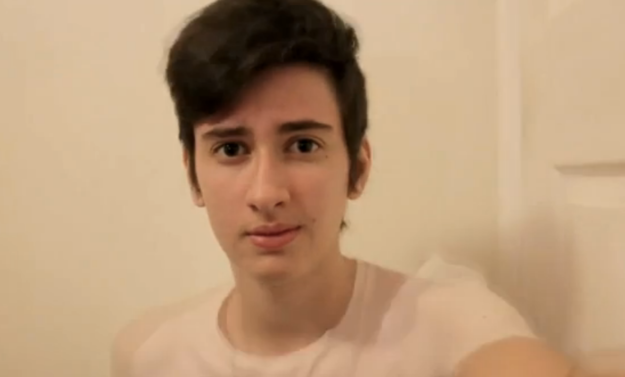 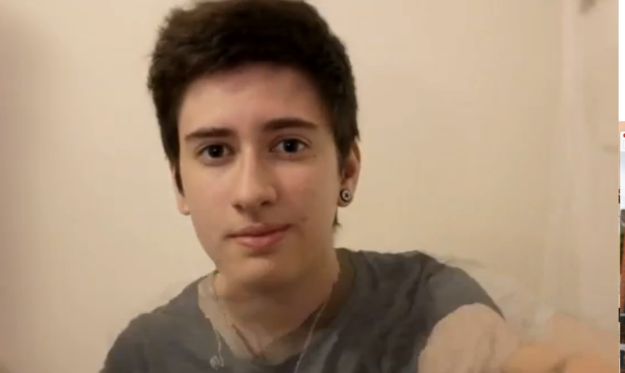 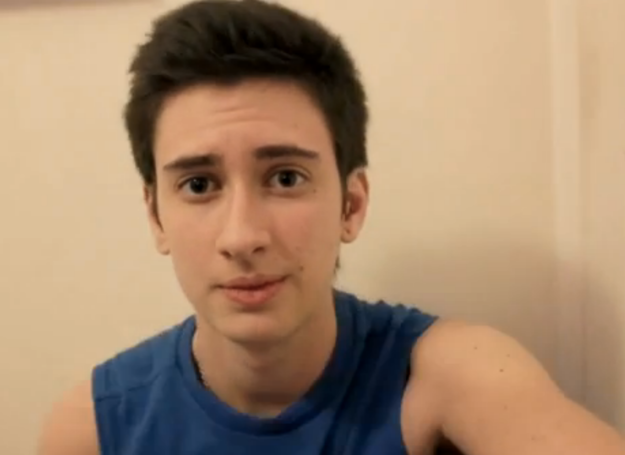 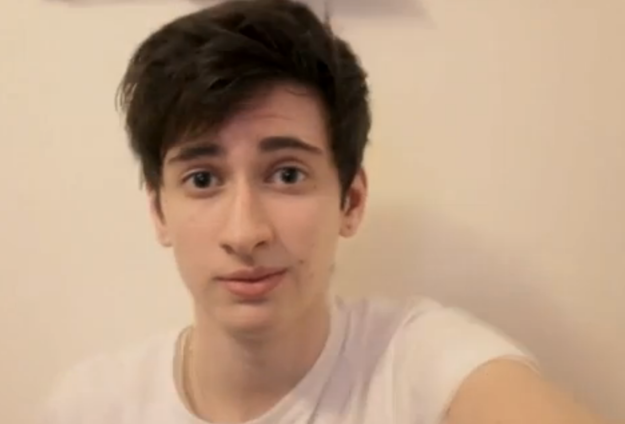 But in the second year, he started noticing more and more changes. “My face started to get longer and I lost the chubby cheeks,” he said. 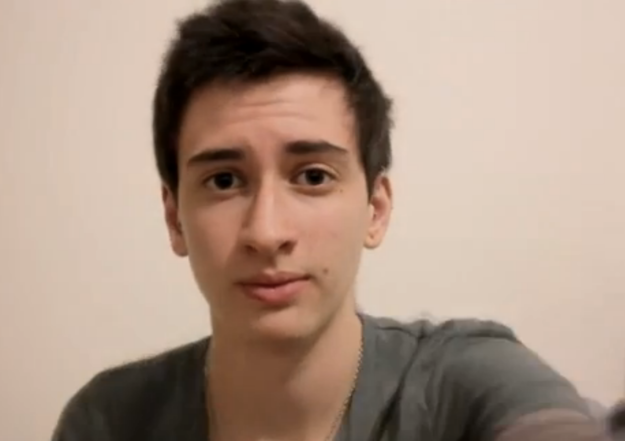 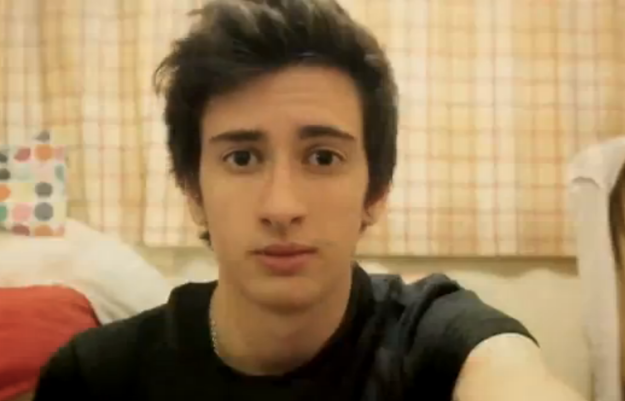 Raines noticed that his nose changed too. 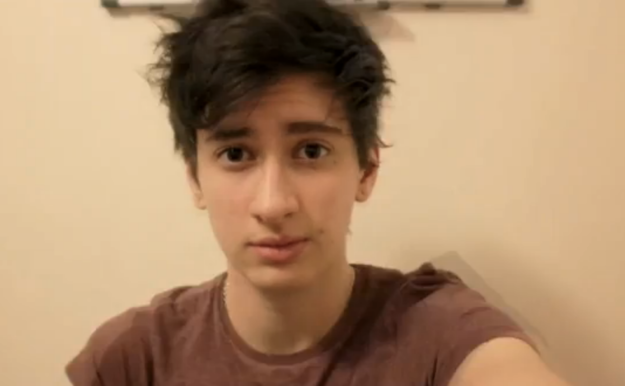 And then, after two years on testosterone, facial hair began to appear. “I was waiting for it once I first started getting a couple of chin hairs,” he said. “It was really exciting.” 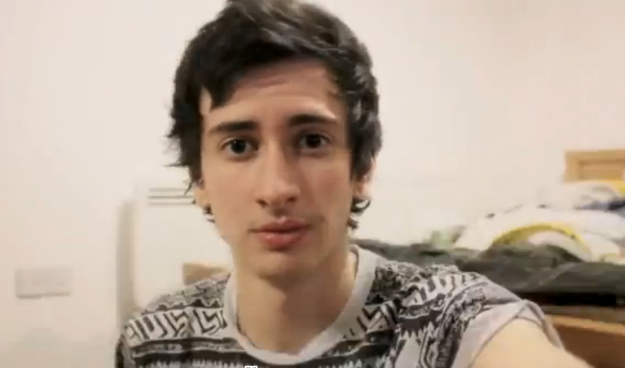 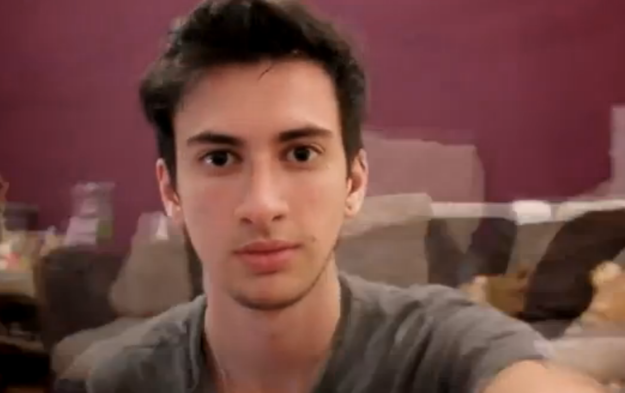 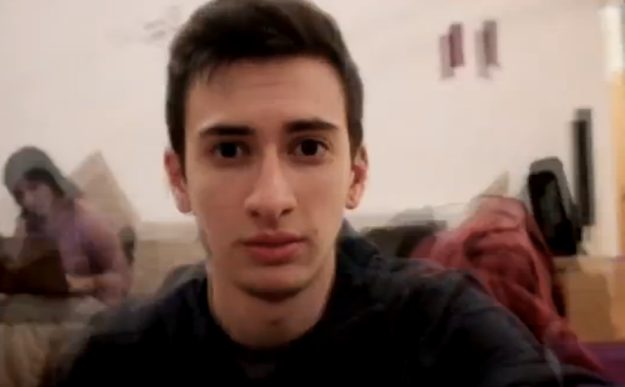 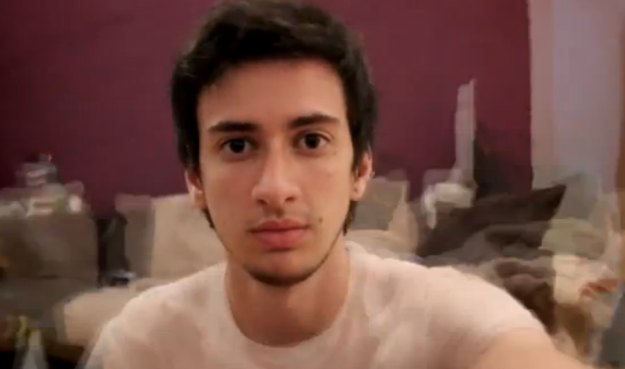 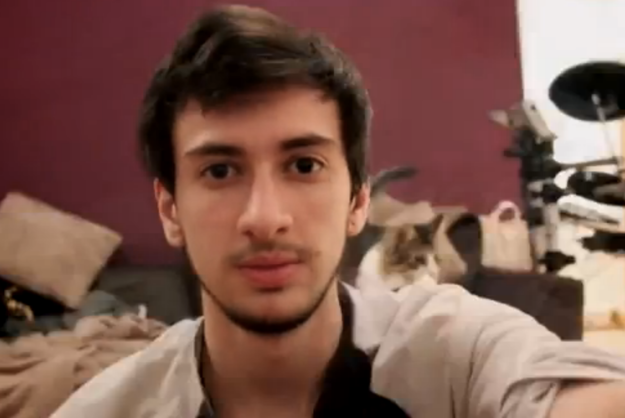 …until, after more than three years of testosterone, Raines had a full, proud beard. This is his most recent picture (complete with socks drying in the background). 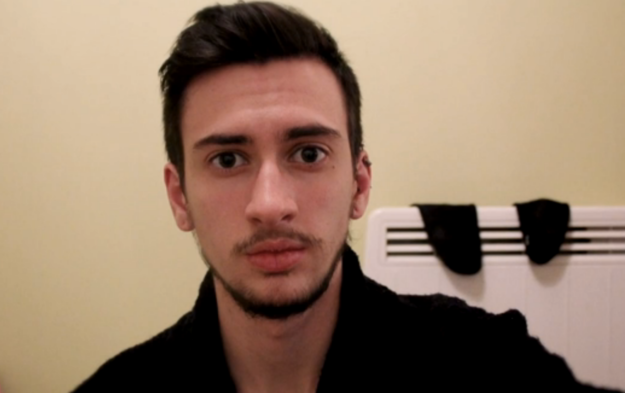 And this shows the testosterone journey in two pictures in which he’s wearing the exact same outfit. 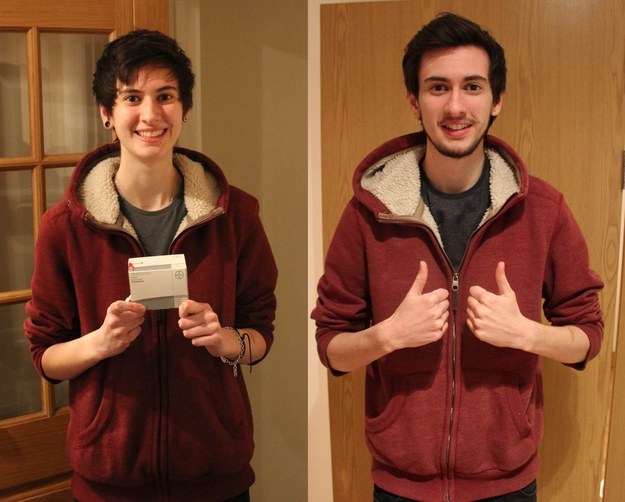 Raines turned the 1,400 photos into a short film that caught the attention of a TV producer who included Raines in a new documentary for Channel 4 about transgender men.

BuzzFeed News spoke to Raines about photographing his transition and how it has changed his life.

Why did you start taking selfies?

Jamie Raines: It was to see how testosterone can change the face, so if people come away seeing that it can make those changes then that’s good. But also I just wanted something for me to document my transition. I thought I’d take a photo every day so when I strung it all together you could see the changes. Within the first six months you didn’t see that much but as time went on it became more and more rewarding. So now I feel like I’ve been doing it for so long I just want to keep going, for maybe five years. I’m really happy I’ve done it.

When you started testosterone, could you imagine how your face would end up looking?

JR: When I first started I tried not to have an image in my mind – I was taking testosterone so I could go through the correct puberty for me – and I tried not to have expectations, because testosterone affects everyone differently and different changes come in at different points. Some people get loads of facial hair within the first six months, and some people never get it. I didn’t pin too many hopes on T [testosterone] changing me drastically and just took the changes as they came. 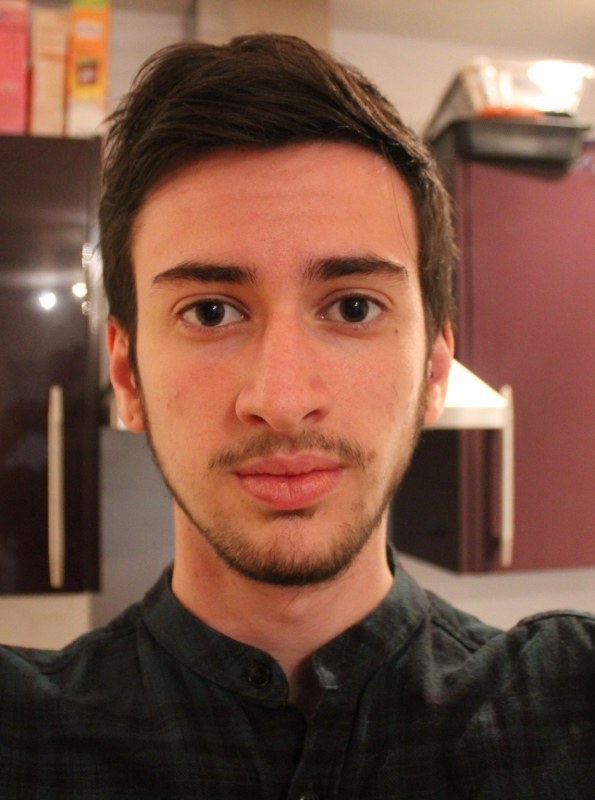 How did you feel when you looked in the mirror aged 17, and how does that compare to now?

JR: I didn’t really see myself. I got my hair cut really short and that made things a bit better but it was a very awkward time. I didn’t like looking in the mirror, but then as soon as I started testosterone it was about looking for those changes and then every time you noticed something it was exciting. And it’s the complete opposite now, I’m very happy with what I see in the mirror and very grateful for how I look now.

How important was it for you to get facial hair?

JR: Not massively, but I’m really happy I have it. But when I first started medically transitioning the two main things I wanted was getting top surgery [mastectomy and/or chest reconstruction] and a deeper voice. The other changes were really an added bonus.

How quickly did your voice change?

JR: It happened in stages. In the first six months, there was a very slight change at one month and two months, and then at three months I had my first proper voice drop, and then four months it started to sound more naturally deep, and since the six-month mark it’s been gradual. I don’t think it’s still changing now but I make yearly voice comparisons to keep up to date with how it’s changed. 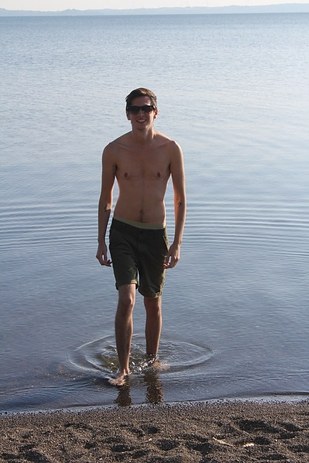 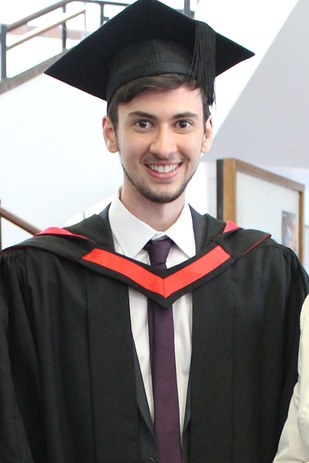 Did testosterone change your mood at all?

JR: I think I’m less emotional but that’s it, really. I guess I cry less and my temper is slightly shorter but I don’t think it’s changed my personality or anything.

How have your loved ones reacted to your transition?

JR: My whole family and my girlfriend [Shaaba] have just been really supportive and really excited for me because of the changes. I told my mum first and then she told my dad and brother and they’ve all just been really great with it. My mum thinks this was always how I was supposed to be. She doesn’t feel like she’s lost a daughter, because I’m the same person to her – I’m still her child, but now I’m just her son.

It sounds like it was pretty clear to your mum early on?

JR: Yeah, when I told her she said it explained a lot, because of how I’d been throughout my life. I had just turned 17 when I told her, so [it was] just under a year before I started testosterone. I went to the GP and he told me it would be about two years by the time I was seen by the gender clinic, so I went to a private doctor to start testosterone and have top surgery. I got the surgery after I’d been on testosterone for six months. 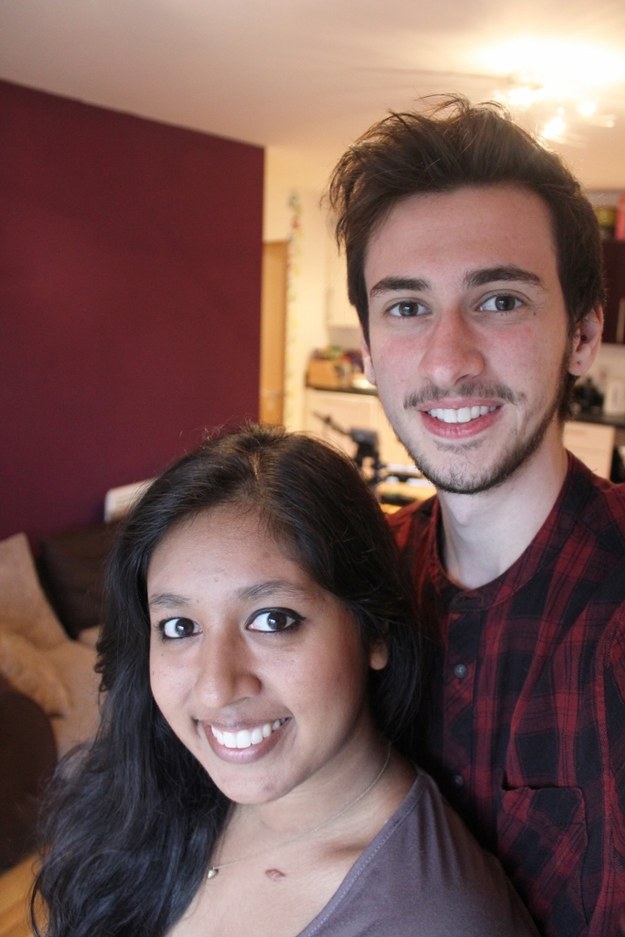 What advice would you give to other trans guys who are about to start testosterone?

JR: That patience is your best friend with transitioning and it’s good to surround yourself with a community or friends and family that will support you – either online or in real life. Ask questions of people who’ve already gone through it. It feels like it takes ages for things to start happening but then when it does start everything changes really quickly. Now people are surprised when I tell them I’m trans. I had a job interview recently and when I told them they thought I was going to transition from male to female!