By The Sword Preview 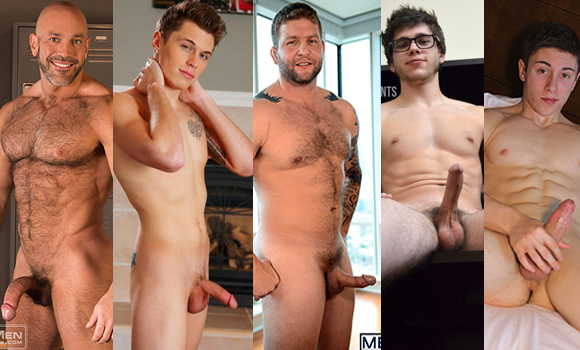 Mackenzie Pearson penned an article titled “Why Girls Love the Dad Bod” in March, and suddenly every man without a six pack got a little bump in self-esteem. Our friends over at Queerty filled in the blanks with nine other body types but here at The Sword, we are bringing them to you naked.

The Dad Bod – Colby Jensen: In the word of the original coiner of the phrase, the Dad Bod is “is a nice balance between a beer gut and working out. The dad bod says, ‘I go to the gym occasionally, but I also drink heavily on the weekends and enjoy eating eight slices of pizza at a time.” In other words, bear-lite but not necessarily lite beer.

The Lumbersexual – Jaxton Wheeler: A muscular man who likes feels the need to hold on to some outdoor based ruggedness, thus opting to maintain a neatly-trimmed beard while often sporting unruly locks.

The Twink – Troy Accola: Tender morsels under the age of 22 or so, slender, with little to no body or facial hair.

The Twunk – Sebastian Hook: Similar to a twink but one that puts their phone down long enough to build some decent muscle … and maybe a tad older.

The Bear – Jesse Jackman: The modern ‘Daddy Bear’ isn’t your Daddy’s bear. He’s still larger, very stereotypically masculine; must be over the age of 35 but the bellies have been donated to the ‘Dad Bods’ in favor of hairy abs.

The Cub – Derek Atlas: With potential for major follicle growth, think of it has the hibernation period before turning 35 and becoming a Bear

The Spornosexual – Topher Di Maggio: Good-looking, sex- and body-obsessed with a high disposable income and who lives in an urban area; the 21st century version of a metrosexual.

The Otter – Jimmy Fanz Thin or athletic, medium build, and hairy; a stepping stone to being part of the larger bear community and an aversion to self-manscaping.

The Geek – Will Braun: Attractive, brainy, with a potential to be wonkish and who doesn’t fit neatly into the aforementioned categories.