PinkNews takes a look at the best gay fan art the internet has to offer. 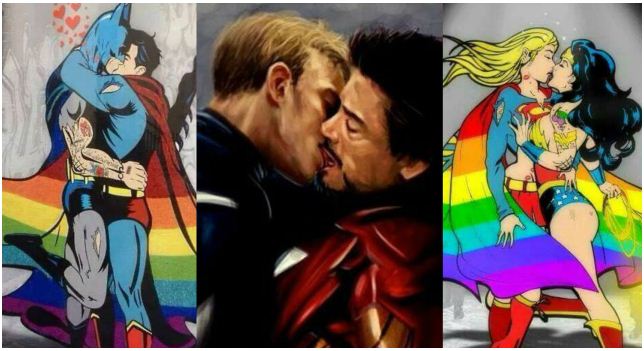 Following the news that a real-life Lex Luthor appears to have taken a knife to a mural showing Batman and Superman locking lips, PinkNews takes a look at the works of gay superhero fan fiction.

The mural in Park Street, Croydon, had been put up by artist Rich Simmons as part of a street project led by the Rise Gallery.

However, this week Mr Simmons discovered that someone had hacked through the image with a knife, taking a chunk out of the wall to distort the kiss.

The vandal clearly had some kryptonite in their possession – as the damage left a gouge across the face of Superman.

“You should see them as heroes regardless of their sexuality,” Mr Simmons said.

“It doesn’t matter what background you’re from – what race, what religion, what sexuality – you can be a hero no matter what.

“But some people will see it and think, ‘It’s just a couple of gays’.”

Luckily, the mystery supervillain seems one of the few people out there who doesn’t love some good old-fashioned hero on hero action, as our list below clearly show.

Whether its Iron Man and Captain America getting up close and personal, or the aforementioned DC icons flying off into the Metropolis sunset, it seems that some fans are desperate for their favourite superheroes to become more than just team mates…

Rich Simmons piece shows the DC legends locked in a passionate embrace, much to the dismay of a possible damsel in distress… Lois Lane? 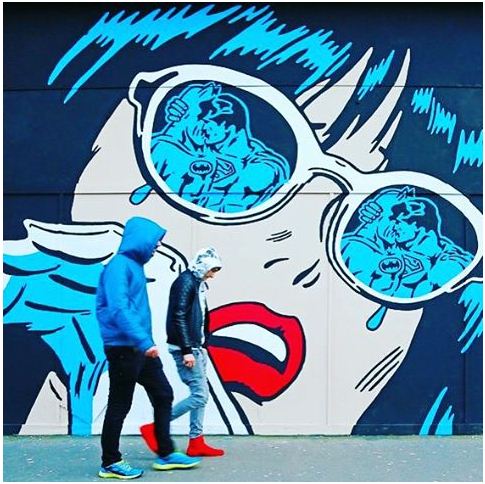 However, Mr Simmons isn’t the only one who seems keen to see Clark and Bruce finally give a go 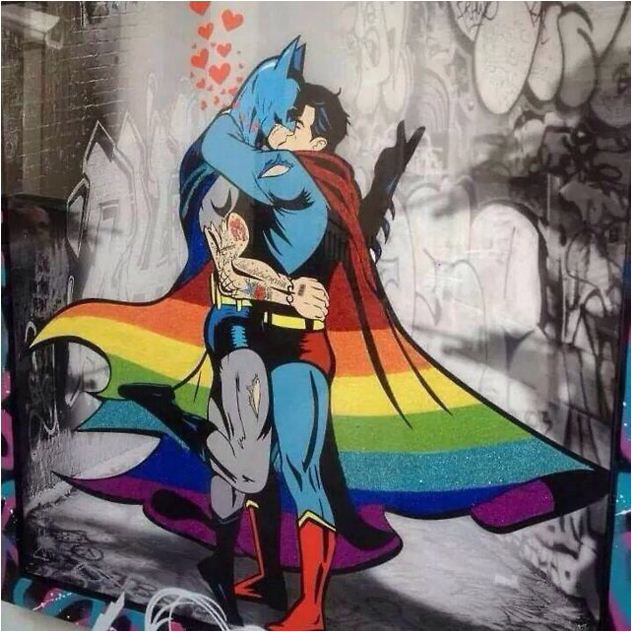 Although it seems some fans prefer the idea of Batman hooking with Boy Wonder Dick Grayson. What would Alfred say?! 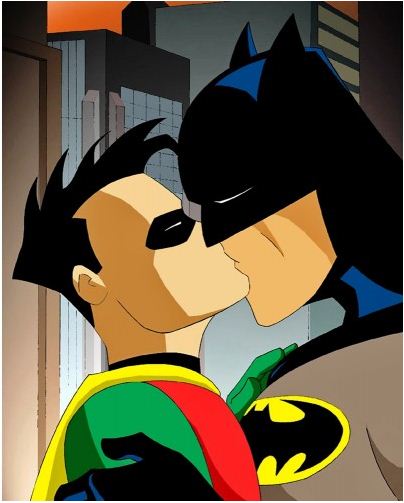 Two powerful women coming together as one. 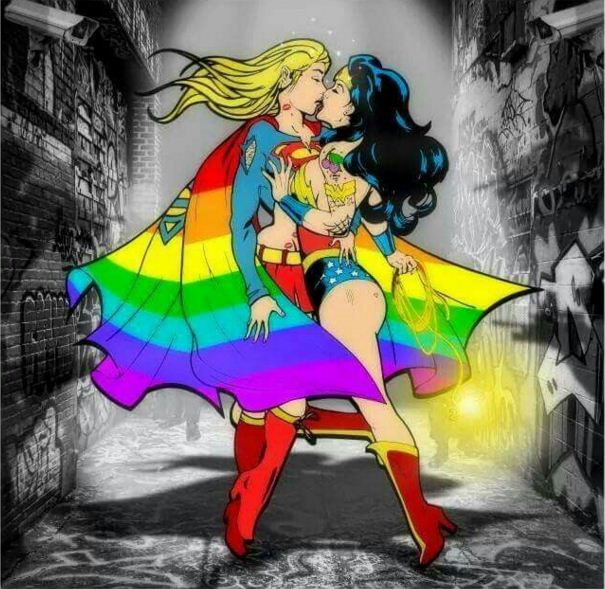 And it seems its not only the good guys who are getting in on the action, as two of these two bad girls show… 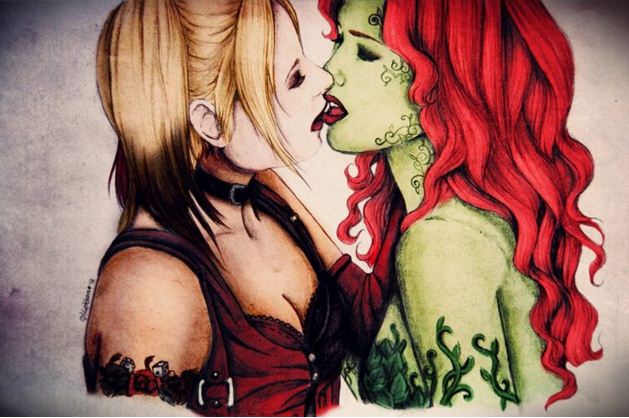